Minister for Finance, Michael Noonan delivered the first budget of the newly formed government today Tuesday the 11th of October 2016. Here we take a look at how it affects small businesses and the self-employed.

Budget 2016 introduced the earned income tax credit which sought to address the discrepancy in the tax system between the self-employed and PAYE workers. This tax credit has been increased in Budget 2017 to €950 which means you will be €400 better off in next year’s tax return.

The income threshold at which you begin to pay at the third rate of USC, currently 5.5%, has been increased to €18,773.

The Minister today announced the restoration of full 100% deduction of mortgage interest against the rental income of landlords with residential properties on a phased basis over 5 years. Currently Residential Landlords can only deduct 75% of the mortgage interest paid in a tax year against their rental income. This will increase to 80% for 2017 with a planned 5% increase each year until budget 2021 when the deduction will be restored to the full 100%.

The Minister announced that the start your own business relief that was introduced in October 2013 and was due to expire in December 2016 has been extended for a further 2 years. This relief allows self-employed individuals who have been unemployed for 12 months or more to start their own business and not pay income tax for the first two years provided their income is under €40,000. It is important to note however that USC and PRSI are still applicable.

Budget 2017 has modified the CGT relief for entrepreneurs who sell business assets which was introduced last year. This essentially cuts the rate of CGT payable on business assets that meet certain criteria to 10% rather than 33%, up to an overall limit of €1 million in chargeable gains.

This modification of the relief has been introduced to bring it in line with a similar relief which is available in the UK. It is hoped that this relief will help in keeping our entrepreneurs based in Ireland rather than migrating their business to the UK, a fear which has been heightened in the post-Brexit era.

As expected, the tax free threshold rate for gifts and inheritances from parents to children, such as the family home has been increased to €310,000. With house prices increasing across the country, but in particular Dublin, this increase will ensure that those children inheriting the family home will have less pressure to sell the home in order to meet any CAT bill that may arise.

The thresholds for assets passing between other family members and also strangers have been increased by approximately 8% to €32,500 and €16,250 respectively.

The Government has moved to ease the burden on those first time buyers looking to fund a deposit to buy a new house by introducing a “Help to Buy Scheme”. The initiative will take the form of a tax rebate limited to 5% of the value of the house up to a maximum relief of €20,000. The scheme will only be available to those who buy new houses, not second hand houses and apartments.

A childcare subsidy is to be introduced with effect from September 2017. This subsidy will be paid directly to the childcare provider and is seen as an attempt to tackle one of the barriers for working parents, especially women, in getting back to work after starting a family.

The rate of DIRT on savings has been cut by 2% for 2017 with further cuts signalled over the coming years to eventually bring the rate to 33%.

Join us in three easy steps 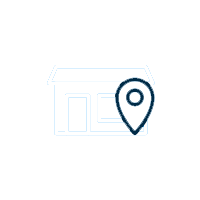 Arrange a free consultation in person or via video with your local accountant. It’s an informal chat to get to know you and find out more about the help you are looking for. 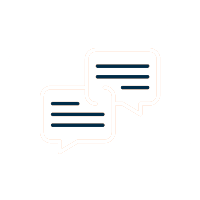 Chat to an expert

We clearly explain the support available to you and are happy to act as business advisors in order to help you grow your business. 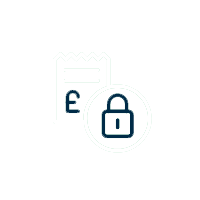 Get a fixed quote

Our fees are fixed and tailored specifically to each individual's needs, so that you only pay for the level of support and services that you require.

Other pages within this section: